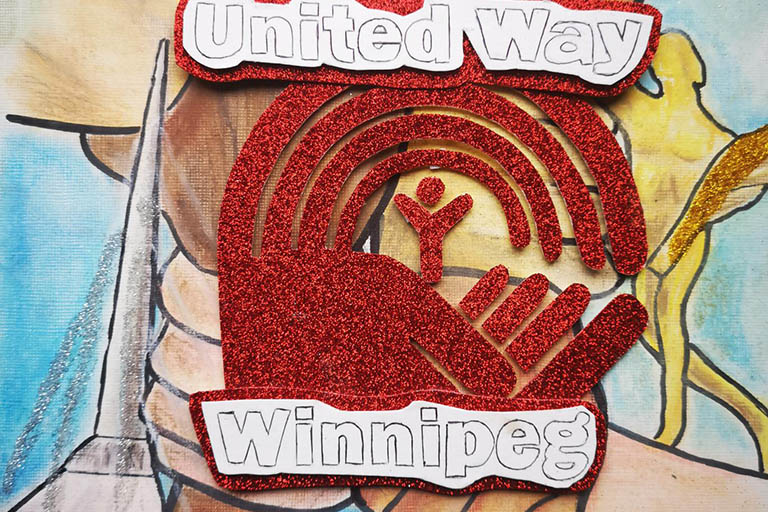 Manitoba Blue Cross employees proved that a charitable spirit can be felt even through a computer screen, raising $106,000 for United Way Winnipeg during a virtual campaign.

“I’m thrilled to see our employees come together with such passion for our community,” said Michelle Aarts, chair of Manitoba Blue Cross’s United Way campaign. “When it comes to a remote campaign, it’s hard to predict how enthusiastic people will be. But seeing our participation numbers, response to campaign events and our overall total (which includes a company match), it’s clear that our employees are truly committed to helping their community.”

A virtual kickoff on October 25 introduced Manitoba Blue Cross employees to the United Way’s Connie Walker and a recipient of the non-profit's goodwill through a video featuring Christine Seidel’s powerful story about mental health and the United Way’s impact on her life.

“Christine’s experience definitely underscored the United Way’s vital role in supporting people in need throughout the city,” Michelle said. “I am grateful she shared her inspiring story.”

Throughout the week, employees participated in activities to raise money for United Way Winnipeg and facilitate team building and help employees bond (even from afar), including a costume contest, video challenge, decorating contest and company-wide round of bingo.

“Bingo was definitely a highlight of the whole week,” Michelle says. “We raised over $900 in ticket sales, over 100 staff participated and it was an opportunity for some good Friday laughs with (Manitoba Blue Cross CEO) Ben, who did an amazing job of calling the numbers.”

Employees also participated in Make the Month, the United Way’s virtual challenge that had employees trying to make ends meet on a fixed income while encountering financial obstacles along the way.

“It’s nearly impossible to take the challenge without reflecting on how much many of us take for granted,” Michelle says. “Putting yourself in the shoes of someone who is struggling to pay rent or to put healthy food on the table really demonstrates the importance of an organization like the United Way.”

A huge thank you to everyone who made a giving decision, and a big thank you to the United Way campaign committee for making this all possible!