From virtual to reality – a campaign supporting United Way Winnipeg 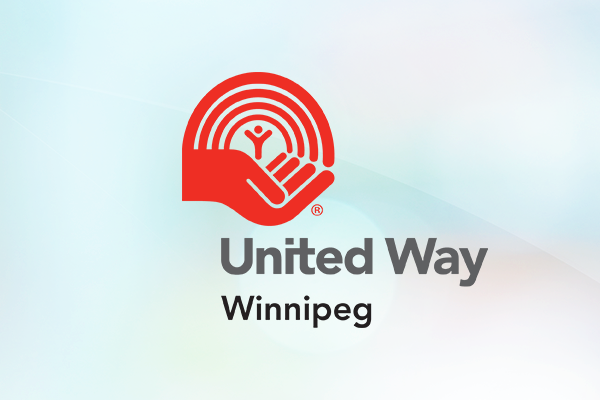 Typically, the staff lounge doubles as a kick-off venue, where employees gather to launch the campaign and listen to a United Way speaker illustrate the organization's impact on the city. The rest of the week, employees face off in games and challenges, and prizes are up for grabs for those who make a giving decision (choosing to either donate or not donate).

But unsurprisingly, this year's campaign was quite a bit different.

"It's been said that character is most truthfully displayed during difficult times," said Stephen Wang, campaign chair. "It's with this in mind that I was thrilled to witness our Colour of Caring during this year's United Way campaign," he said, referring to Manitoba Blue Cross's slogan.

The virtual campaign kicked off on Wednesday, September 23 with a celebration video, which included highlights from the talent competition and an important message from mental health advocate Lisa Shaw, who told her powerful story and encouraged employees to donate.

"Even though we couldn't be in the same room, it was wonderful seeing our staff come together to support such an important cause," Stephen said, noting that 93 per cent of employees have made giving decisions. "I cannot express enough appreciation for all staff, who continue to show love for our community during these challenging times."

The planned talent show had to be held remotely, with employees sending in videos of their submissions. But to the joy of everyone who got a chance to view the submissions, the virtual format – where employees could prepare and showcase their acts in their own environments with their props and equipment within reach – was arguably even better than an in-person show.

Submissions included a piano rendition of Britney Spears's "Toxic," an art tribute to actor Chadwick Boseman, photorealistic animal paintings and a heavy metal drum performance. The Travel Claims Department were crowned the champions for their rendition of "Heal the World," stitching together each member's recorded vocal performance.

United Way Winnipeg highlighted our campaign at their first 2020 Summit Series, saying, "Manitoba Blue Cross is oozing with talent and they showed it through their United Way Campaign this year."

Overall, our United Way campaign had a community impact of $89,524.96 this year.

"Hosting a remote campaign is always going to be a challenge, but our planning committee and our employees faced it gracefully," Stephen said. "Many thanks to Connie Walker and Dave Angus from the United Way for their support, as well as to Lisa Shaw for her powerful story. And once again, thank you to everyone at Manitoba Blue Cross for participating and supporting your community – you've truly proven the power of the Colour of Caring!"