Food for thought: A conversation with Chef Ben Kramer 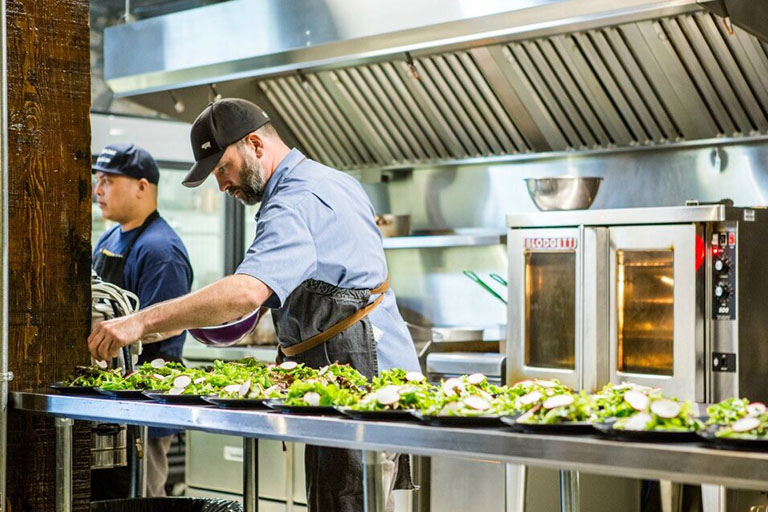 Chef Ben Kramer has been a renowned Winnipeg fixture for over 20 years. From starting Dandelion Eatery to helping found Diversity Food Services at University of Winnipeg to his current freelance work as a custom caterer, Kramer has made a strong mark on the Winnipeg food scene. We talked to Chef Kramer about his influences, favourite ingredients and community support throughout the pandemic.

Can you tell us about your history as a chef?

I grew up in Vancouver – I went to cooking school and worked in Victoria for a while. In 2000, I moved to Winnipeg, opened a little restaurant (Urban Ojas) and worked at a couple of restaurants.

I was part owner of Dandelion Eatery for a few years and then I took over food services at the University of Winnipeg – Diversity Foods. We were the first institute in Canada to do locally sourced, from-scratch cooking on that kind of scale on a campus. We did that for six to seven years, and then I went out on my own about seven years ago and started my own catering company (Chef Ben Kramer Custom Catering).

What inspires you in the kitchen?

Well, it kind of changes year to year as I mature and develop. I'm definitely ingredient driven, so a lot of it has to do with finding good products and working with good products. Meaningful work is important. Taking on challenges is important... you know, kind of doing bigger and more logistically challenging things.

What are your favourite local ingredients to work with?

As cheesy as it is, I would probably say tomatoes. We try and work as seasonally as possible, and tomatoes have such a short season here. But when they do come up, we get really excited, and we try and stretch that season out as long as we possibly can.

I’m pretty produce heavy. I do cook a lot of meat and fish, but most of my menus and most of my cooking is produce driven. I'm a big fan of simple foods and working with them and trying to elevate them. We do a ton of stuff with carrots – whatever is coming out of the ground and is as fresh as possible.

With our weather here, it’s natural that things change. There are years where our greens are incredible and then there's years where [they’re not]. So, whatever is doing good is kind of where we put our focus.

For sure carrots. I'm a really big fan of how they change over the year, from early in the season compared to the ones that have been in the ground when it starts to get cold and then the sugars converge and they’re sweeter. They’re still carrots, but they’re completely different ingredients.

What makes our catering company different from a lot of other ones is all of our menus are custom. We meet or talk with the client, and find out what they like, what they don't like, where they like to eat, and we write menus.

If they want comfort food, we kind of do our spin on comfort food. If they want really high-end stuff, like a 10-course tasting menu, we do that and we write it based on what their needs are, so it’s real tough to do a signature. But what we do quite well is, when we’re doing multiple-course menus, we really, really try and focus on an ingredient or two and not overcomplicate things and really highlight the product.

The food we buy is typically a little more expensive than the generic stuff, and we really want to highlight [the ingredients], because we're supporting local farmers and buying the freshest stuff we can. We really want to show it off, as opposed to covering it in a lot of cream and gravy and things like that.

Any tips to keep food healthy while still being delicious?

I think the most important thing is to not overcomplicate it. I think spending a little more on quality ingredients is a good plan and my advice to most people. If you're buying decent ingredients, you don't really have to do a lot to make them taste good. I think a lot of people are so used to eating either processed food or the cheapest ingredients from California or Mexico that were ripened on the truck, so you have to do a lot to it. People think they don’t like vegetables, but they’re actually just eating [lower quality ingredients]. So for me, from a health perspective, it's buying the freshest stuff you can. But then not doing too much to it – letting those ingredients kind of speak for themselves.

And also, not to be afraid of salt. I think a lot of people are really scared of salt. It has a bad rap the same way fat did, which has been kind of proven false, if you’re doing it right. I don’t mean chain restaurants, because they’re taking it too far. But we actually season it the way it needs to be seasoned, as opposed to being scared of a few grains of salt.

When did you fall in love with cooking?

Probably when I was a kid. l grew up in a house where I was lucky that my parents gave a crap about food. We had a garden. At least a couple times a week they were cooking from scratch and had a subscription to Gourmet Magazine back in the day. So, I think those early roots were real critical for me.

When I was a kid, I liked to play sous chef and help make dinner or go to the garden and grab whatever came out of the ground. And it didn't really have an impact on me then – it was kind of a chore. But then once I got out of my teen years and sort of got serious about cooking, a lot of those memories came back. and so I think I was kind of imprinted [upon] pretty early.

Last year during the pandemic, you started Made with Love, a partnership with Community Food Centres Canada to distribute healthy, pre-made meals to people in need. How has that been received by the community?

It’s blowing my mind actually. Right out of the gate, we just started it as a real quick band-aid to keep some people working and feed some people who really needed it when everybody was really panicked, when nobody knew what was going on. And then we thought it would be something to help out and keep us busy for like a month. And that was a year and a half, almost two years ago.

Really early on, we realized that there were a lot of people willing to support – we just asked for donations and they just flooded in to the point where, I think three weeks in, we're like, okay, let's figure out how to make this long term. We just said that we’ll cook until the money runs out, and it still trickles in, so we're able to keep it going. But we became committed to the project to the point where we're now using my core business to help fund what the public isn't funding.

Throughout the pandemic, we did a bunch of canning and processing, and we opened up a little retail shop online, and a portion of that is going to Make with Love. Same with our catering. It's not implemented yet, but we're working out a way that if you're doing an event for 200 people, you can pay for 225 and that 25 goes to Made with Love. So we're just looking at how we can make it a permanent thing.

People are still reaching out and looking for ways to help us. We’ve sort of touched on something deep in people that this story is staying alive. And I think more and more people realize how important food is, especially to people who are struggling.

“A great way to use up all the herbs that are left in the garden,” says Chef Kramer.

Toss into a food processor and pulse or blend until it’s as chunky or smooth as desired. Season with salt to taste.

If you want to get fancy, roast your tomatillos and jalapeños first. 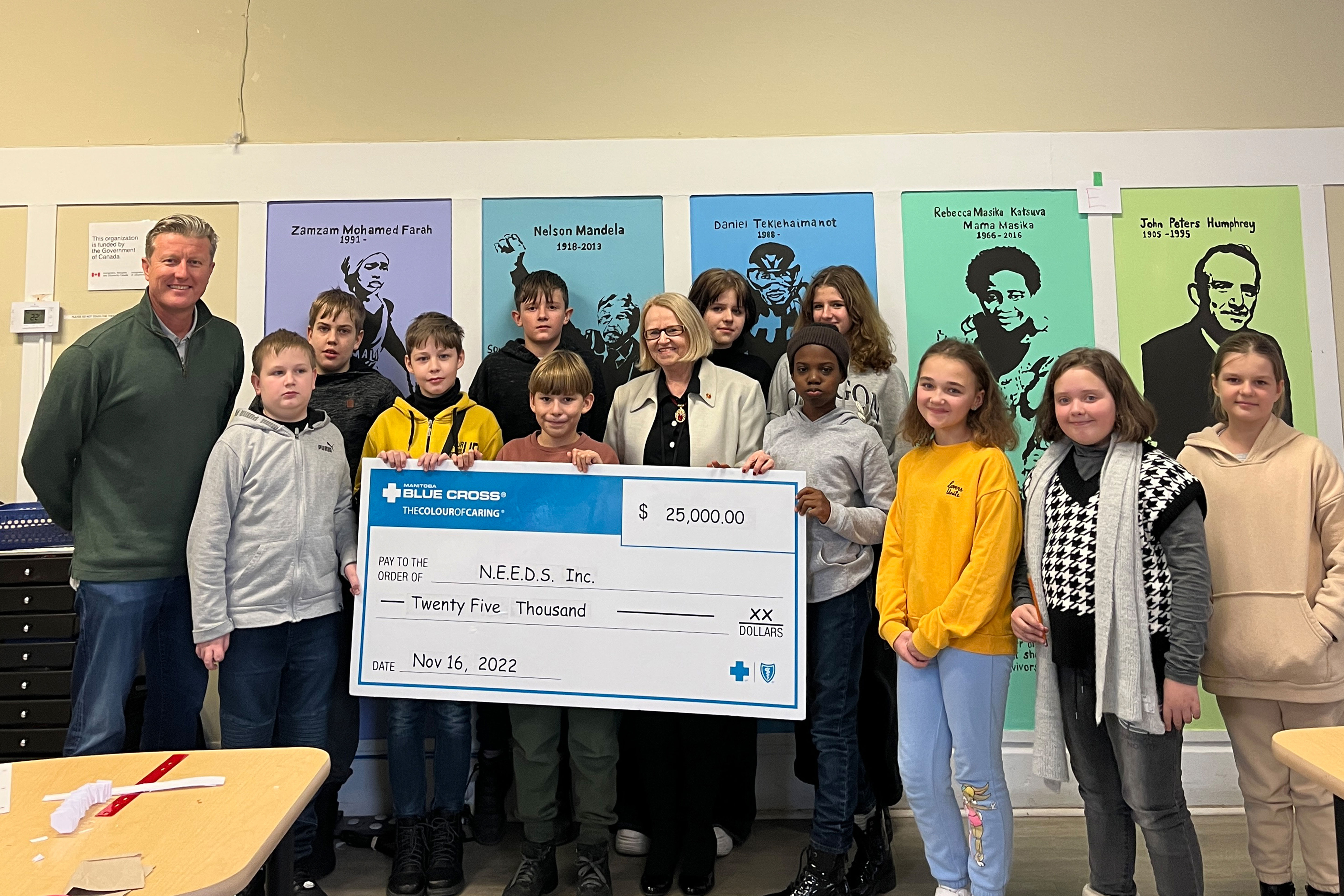 Supporting the needs of newcomers

Get to know the recipient of $25,000 in Manitoba Blue Cross's Colour of Caring Healthy CommUnity Challenge
October 26, 2022 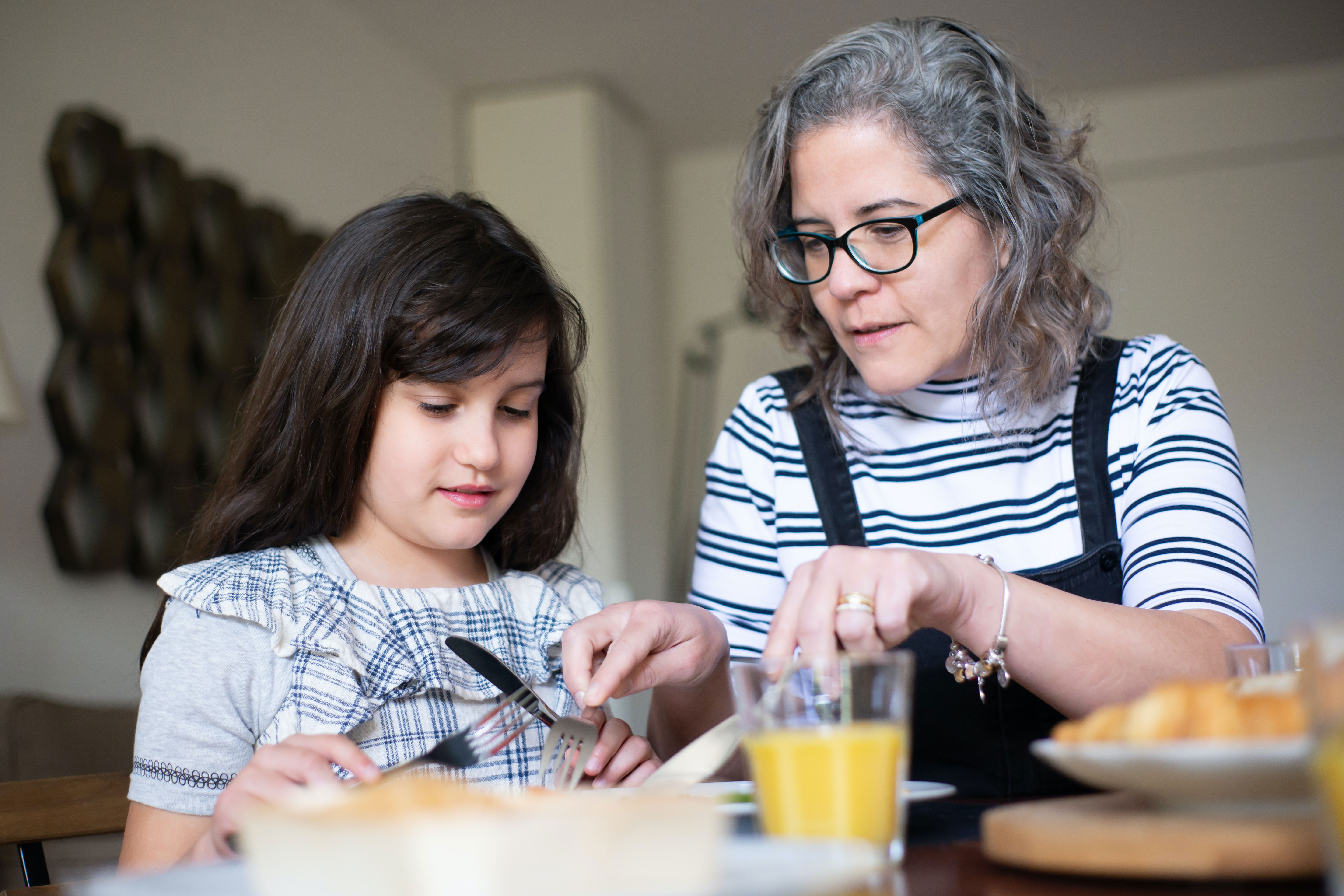 Prediabetes – what you need to know

Six million Canadians show symptoms of prediabetes – a condition that, if left untreated, can develop into the more serious type 2.
June 21, 2022 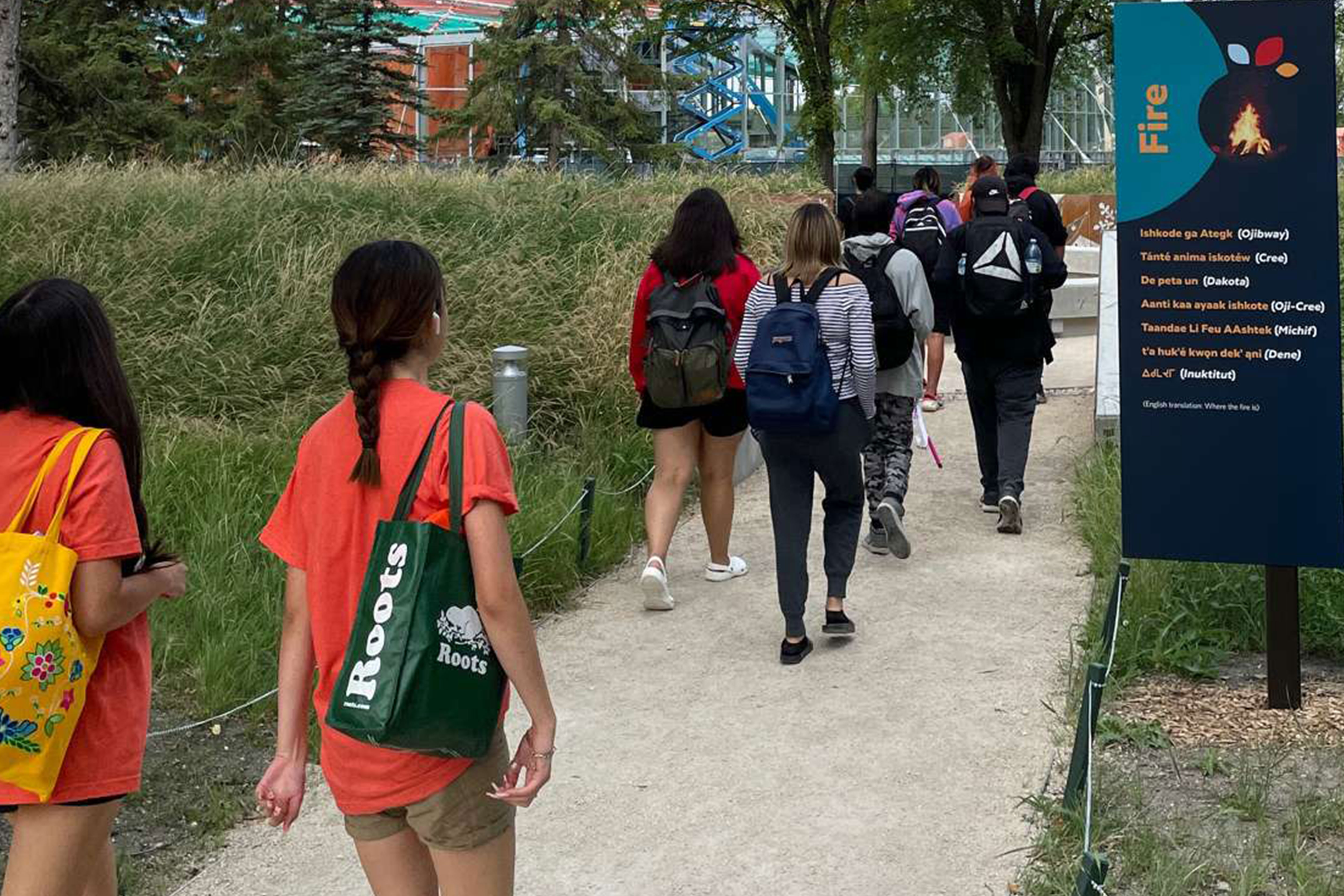 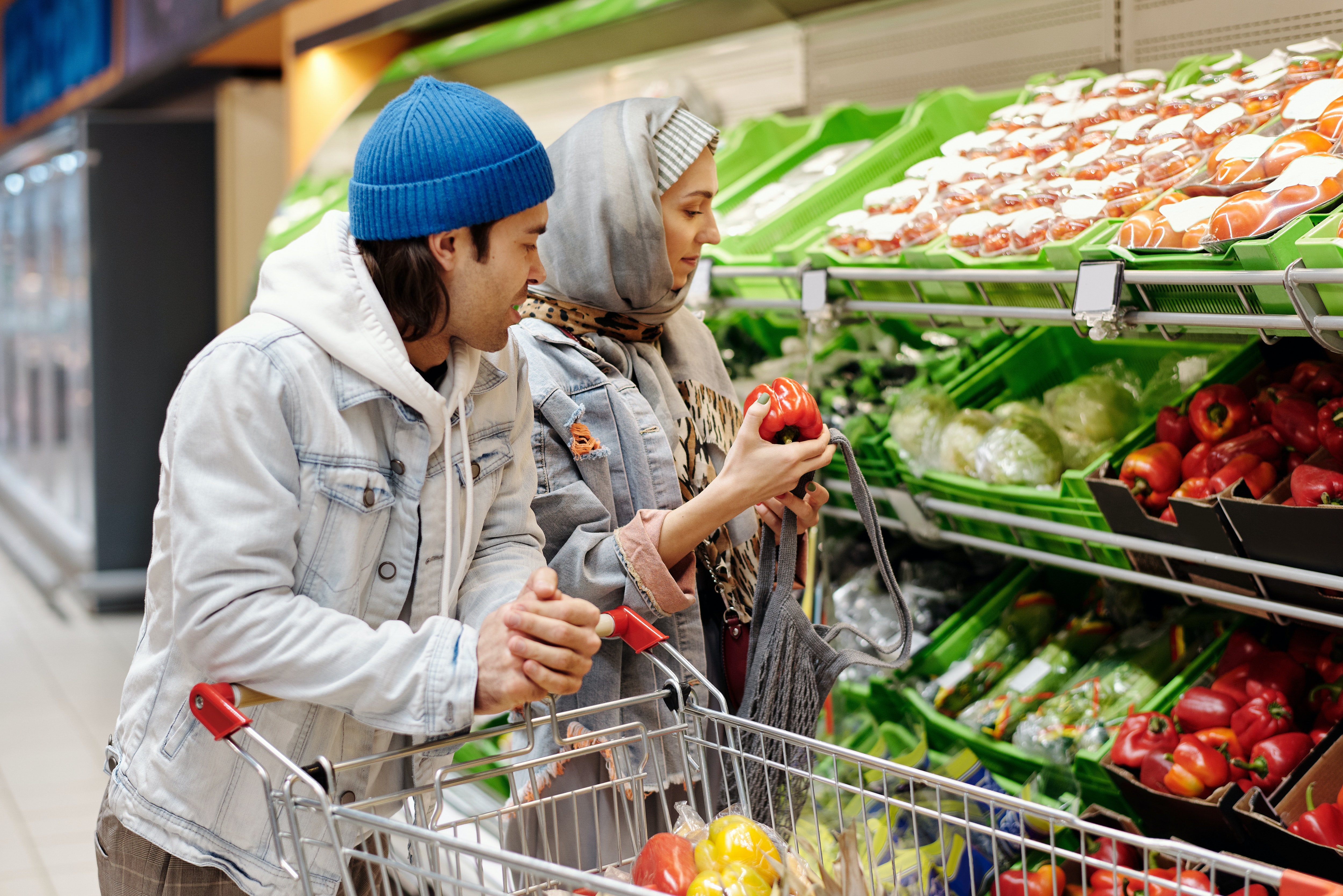 Eating healthy on a budget

The cost of groceries is skyrocketing, but there are simple ways to shop for healthy foods while staying on budget.
March 18, 2022 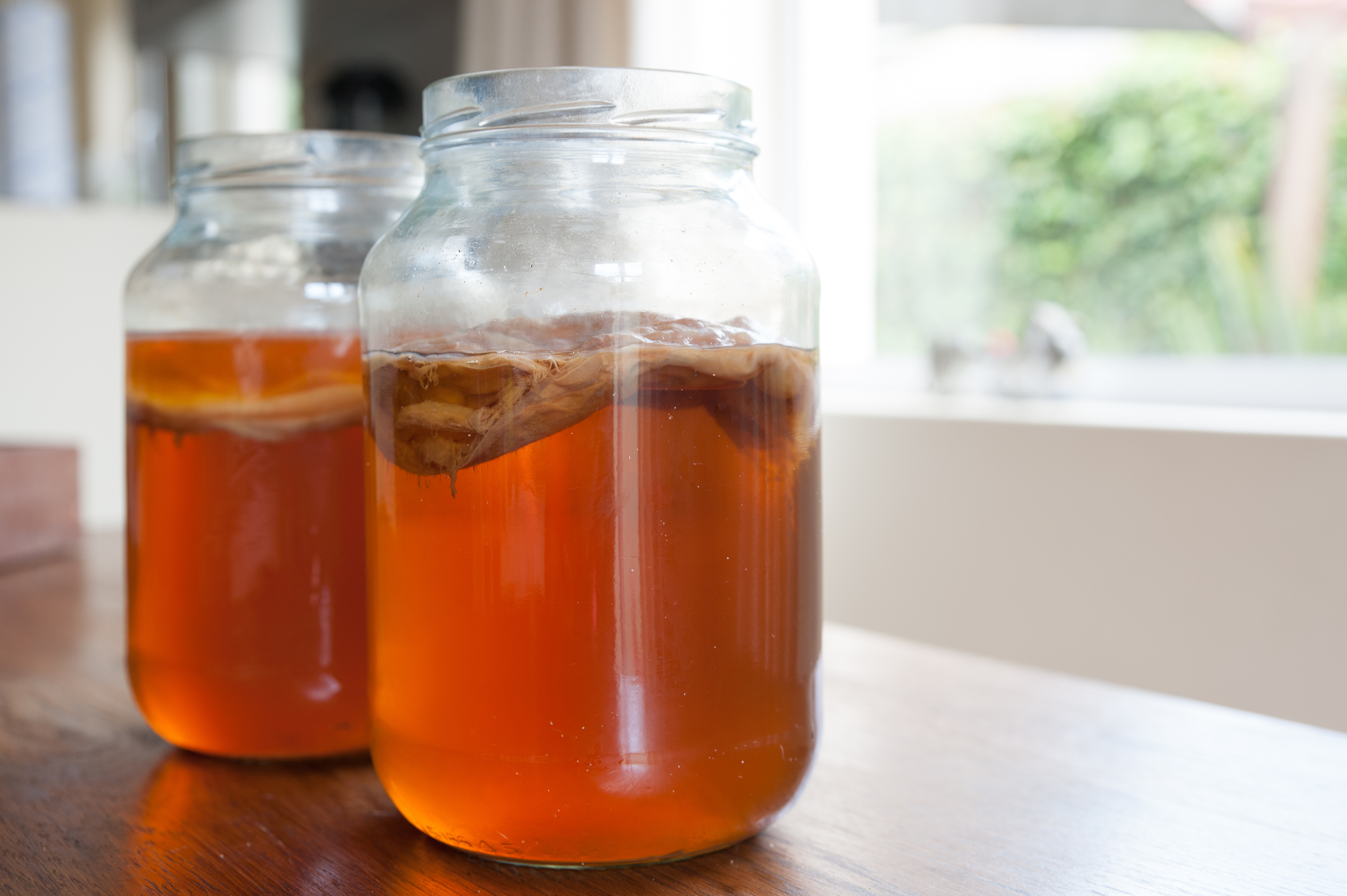 Too good to be true? Food trends explained

Fermented tea, milk alternatives, “impossible” meat – the grocery aisle has changed significantly over the past few years. But how do these trends stack up, nutrition-wise?
December 21, 2021 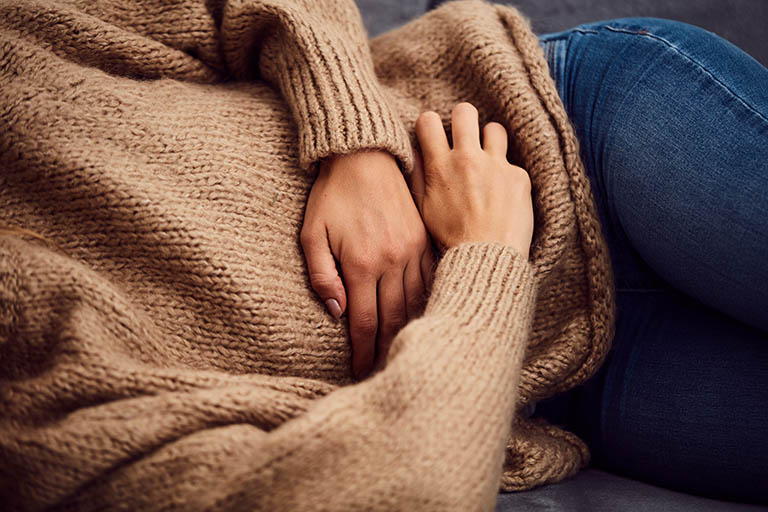 Indulging over the holidays: How to avoid and deal with overeating

Overeating during the holidays is common, but there are ways to prevent it or minimize the discomfort afterwards.
September 21, 2021 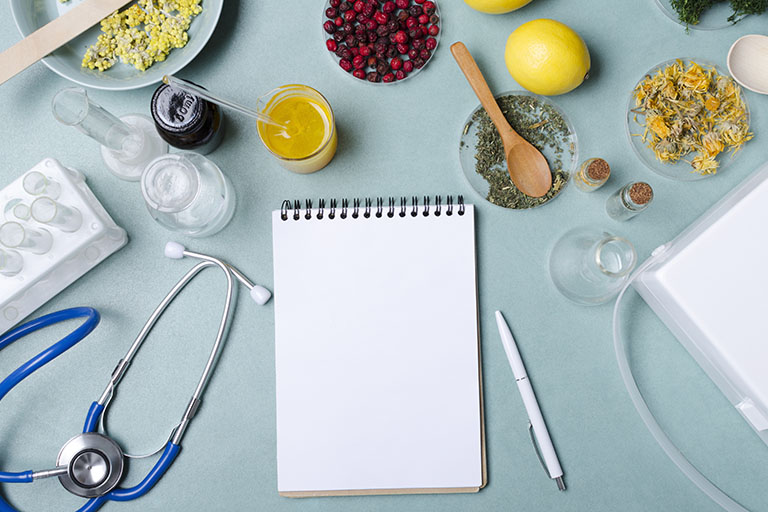 We have a hunger to understand what is going on with our health and no longer want to just take a pill for this and that. Feel empowered with naturopathy.
August 25, 2021 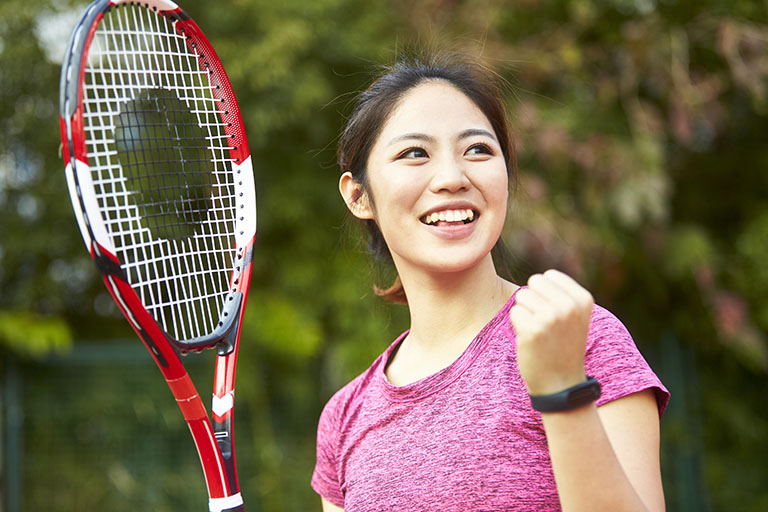 Tennis serves up fun for all

We're breaking down common misconceptions about tennis! This fun sport can be very accommodating, economical and safe for all ages.
June 23, 2021 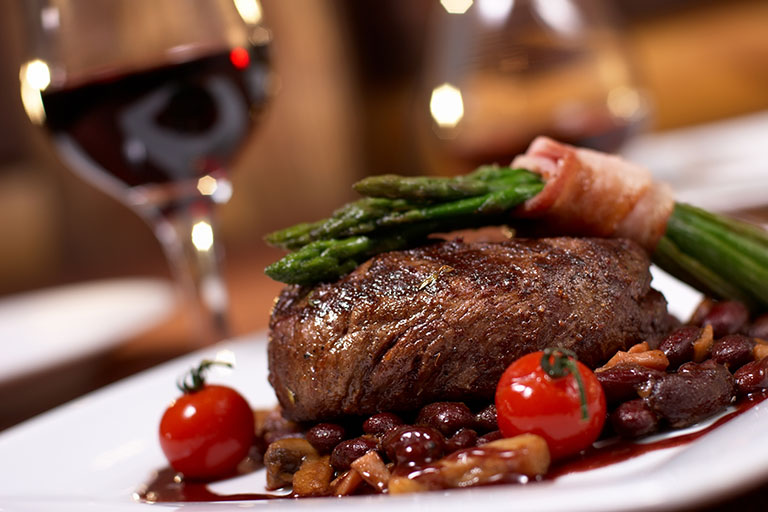 A conversation with Manitoba Club chef Mickaël Cazemayor about his start in the industry, his inspirations, favourite summer ingredients and more. Plus, summer healthy eating tips.