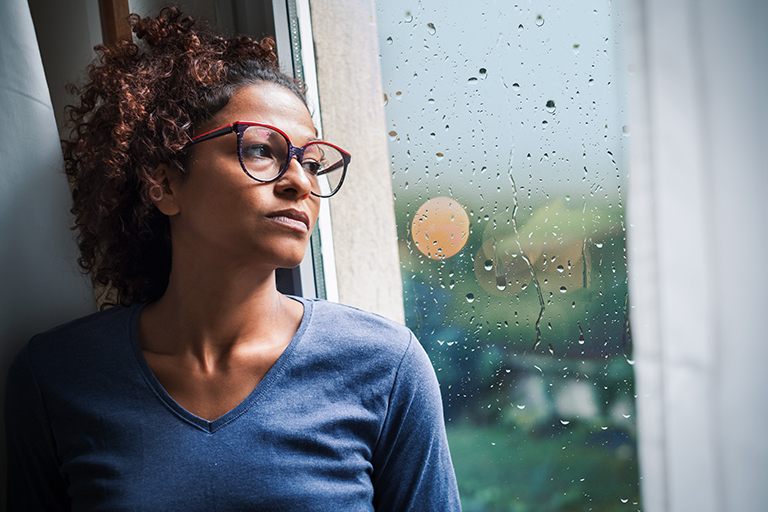 Patterns of negative thinking are automatic; it’s one of the many ways our brains learn and adapt. The human mind is hardwired to identify and pay special attention to negative outcomes so that we can recognize them quickly if we encounter them again. Our brain watches out for these cues in an effort to avoid or protect us from consequences like painful emotions, rejection from others or embarrassment. Unfortunately, sometimes our minds over apply these strategies, becoming hypersensitive to the slightest hint of a bad outcome or expecting only negative things to happen to us. When this is the case, we’re likely to experience distortions to our thinking. Similar to funhouse mirrors, these distortions reflect an inaccurate version of reality. If the only mental “mirror” we use is one that’s distorted, it’s easy to lose sight of what things really look like.

The negative-thinking patterns that result from expecting negative outcomes can arise as one or more of the following cognitive distortions. Pay attention when you’re engaged in self-talk, especially after a negative event. When you notice some of these cognitive distortions, try to replace them with something more realistic.

All-or-nothing thinking. Seeing the world as black or white. If things aren’t entirely good, they’re all bad. For example, you get a great performance review with one piece of criticism and you leave feeling terrible about it.

Overgeneralization. One negative event means everything like it will end badly too. The words ‘always’ and ‘never’ show up in your thoughts and speech. For example, after a relationship ends, you tell yourself, “My relationships always end badly. I’m never dating again.”

Tip: Instead of focusing on these self-defeating messages, combat overgeneralization by asking yourself if your negative thoughts are really true. You’ll likely find that the words ‘always’ and ‘never’ aren’t completely accurate. Focus instead on when something went well and on more likely behaviours, like trying again.

Disqualifying the positive. Good outcomes are seen as luck, flukes or they don’t count. For example, you get a high score on a test but say to yourself that you just got lucky, instead of acknowledging that you know the material.

Tip: This thinking often shows up when we’re already feeling low, such as after a breakup or when we’re struggling through depression. Acknowledge that these thoughts are coming from a place of fear, hurt or sadness, and then remind yourself that feeling scared, alone or low doesn’t erase your good qualities.

Mental filter. Filtering is when you focus only on one small event or filter out all positive aspects of a situation, focusing only on the negative. For example, after having great meals at your favourite restaurant for years, one night you get a plate of food that’s already cold, and you decide the food there is horrible and never go back.

Tip: Like the negative-thinking patterns described above, maintaining a healthy mental filter means working to acknowledge both positive and negative realities at the same time. When something unfortunate happens, remind yourself that it hasn’t always been this way or that it won’t always be this way in the future. If you’ve had good food at this restaurant many times before, it’s much more likely that your next meal will be a good one than a bad one.

Jumping to conclusions. The belief that you know what the outcome will be, either by mind reading or fortune telling.  For example, based on a disagreement you had with a family member a year ago, you falsely predict that they’ll be rude to you at a gathering.

Tip: Watch out for thoughts that seem like fortune telling (predicting what will happen) or mind reading (imagining what someone else is thinking). Instead, ask yourself whether you have enough information to truly know the future or someone else’s thoughts.

Catastrophizing. Assuming the worst when faced with the unknown or expecting that an outcome will be extremely negative. For example, it’s ten minutes past the time your partner usually gets home from work and your immediate response is that they must have had an accident and died.

Tip: These thoughts often come from fears that aren’t logical but feel as though they’re based in reality. Remind yourself that worries are designed to protect us but don’t make us feel safe. Instead, use your logic to challenge the thoughts and focus on the most likely, rational outcome.

Emotional reasoning. The belief that an emotional reaction proves or disproves fact, that the way you feel about a situation is a gauge of reality. For example, you feel worried about a meeting with your boss so you believe this means that the meeting will go badly.

Tip: Once again, put your logic to work when you notice this type of negative thinking. Ask yourself if your expectations are based on feelings or facts. Use a self-calming strategy like mindful breathing to step back from emotions and gain perspective.

Labeling. The practice of assigning a single characteristic to a person or situation, usually negative, and refusing to consider additional or refuting information. For example, you call yourself a failure after you don’t get a job you applied for, even though you do many things well and have successfully landed jobs before.

Tip: Labels are often inaccurate or only accurate some of the time, so it’s best to avoid labeling. Instead, examine how a situation or person makes you feel and what you might learn about yourself from that experience.

Personalization. Blaming yourself for an outcome that was outside your control or interpreting a situation as directed at you specifically. For example, a train makes you late for an important event and you tell yourself that this happened because the whole world is working against you.

Tip: Personalization comes from a desire to feel in control of what happens to us, but very little is really within our control or aimed to impact only you. Remind yourself that much of life is outside your control and challenge thoughts that suggest otherwise.

Bad things happen to everyone, but how we respond is the element that defines us. 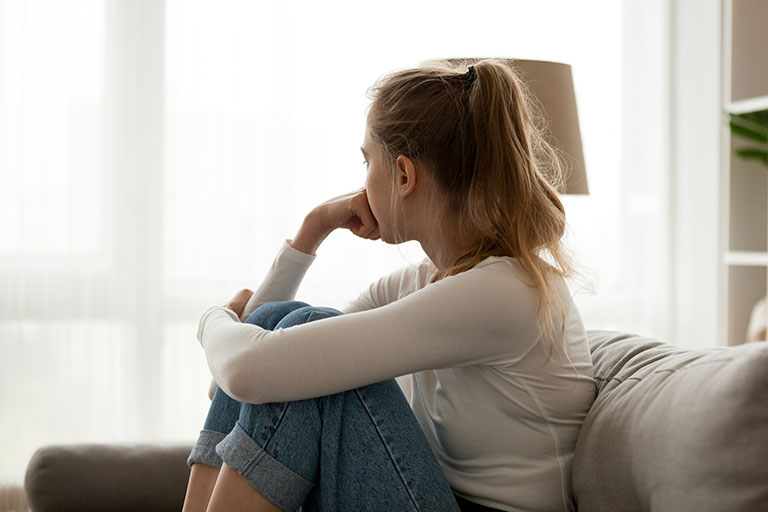 Anxiety: Learning how to feel better

Anxiety may become a disorder when the fear is out of proportion, ends up causing major distress or discomfort, or limits our life. 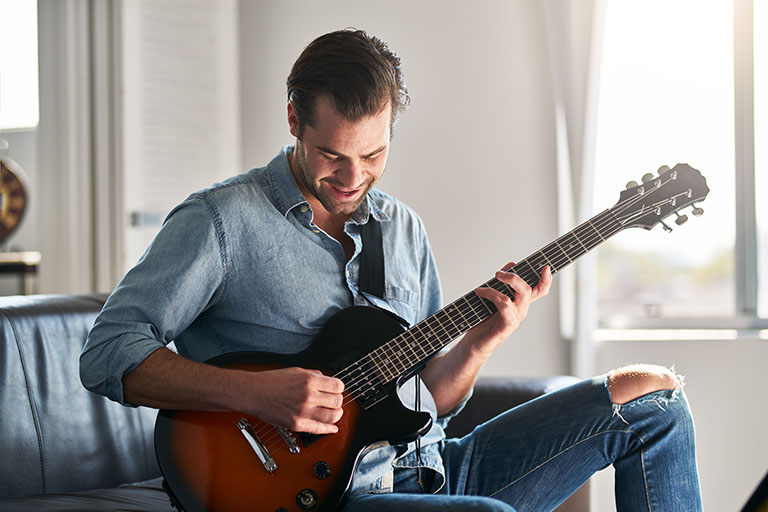 Don't let self care become another to-do list. Make joy and pleasure a priority in life. 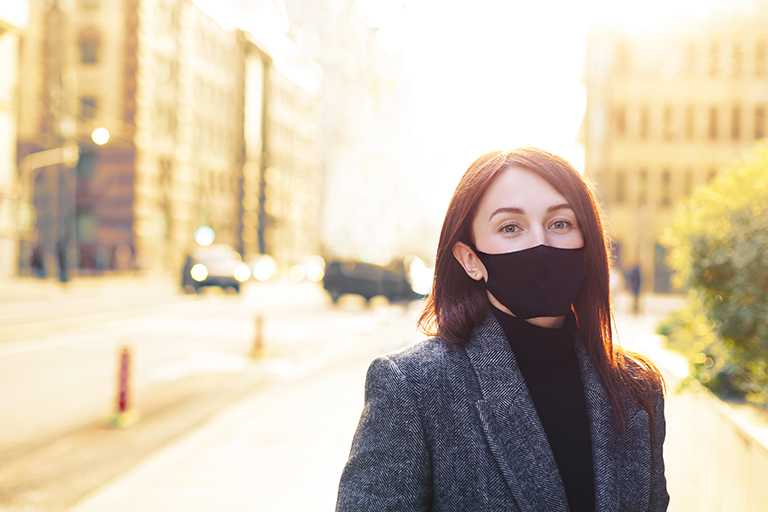 Our modern world moves quickly and we must constantly adapt to the changes.